I condemn the attempt on the freedom of expression of Mr. Federico Alvarez 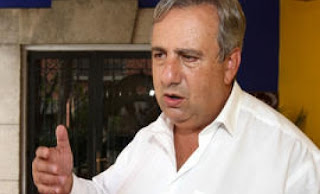 Mr. Federico Alvarez, a long time resident and now "alleged" Honduran citizen by naturalization, yet a logical and detailed critic of the current and previous administrations, has been told that the process for him to become a Honduran citizen was "flawed" and thus his official citizenship was canceled by the Honduran government. The news were communicated in a press conference by the Ministry of the Interior, Mr. Africo Madrid, who indicated that due to many deficiencies and missing documents in Mr. Alvarez naturalization application, his citizen status had to revert to that of a "legal resident".

The consequence of this act is that Mr. Alvarez cannot intervene in "political activities" within Honduras.In other circumstances, some have interpreted this article of the Honduras Constitution that prohibits foreigners from intervening in political activities as a curtail on the freedom of expression. That is, all foreigners (legal residents or visitors) cannot voice their opinion on political issues at all There is quite a bit of scope of opinion on the interpretation of this article of our constitution, but I simply cannot agree with the interpretation curtailing freedom of expression.

I have certainly protested/condemned and asked in past to disregard foreigners interference in our political affairs and yes the expressions of opinion about our affairs. In the end, the issue here is defining properly what an intervention is, and how does this contrast with the freedom of expression which is almost an absolute right. Certainly we are also free to disregard or condemn ourselves anybody else opinion with equal validity. Mr. Alvarez case is different anyhow.

I publicly raise my voice to protest this clear act of intimidation against the freedom of expression of Mr. Alvarez and a not-so-obscure move to silence all the critics of the current government, including I presume yours truly, and all those who may raise their voice for the proper application of justice, democracy, law and order, respect for the constitution and the Republic, equal protection under the law and the truth. We cannot allow these overt abuses of power to go on.

These acts are clearly designed to silence critics and to proceed with the policies of an autocratic/oppressive government.We condemn all the manipulations and dirty tricks used to revoke Mr. Alvarez nationality. If there was anything wrong with his application, given the long time legal residency status and the integrity of his character, Mr. Alvarez should have been give the opportunity to normalize his situation and then formalize what we believe is compliance with the spirit of the law that grants citizenship to those who want and deserve it for their lifetime.

I cite Mr. Juan Ramon Martinez in La Tribuna and join him in protesting this act, which we hope is that of a lone, misguided and frankly stupid act of a public servant, not an official Honduran government policy.  Read Mr. Martinez column here http://www.latribuna.hn/web2.0/?p=213837
Posted by Honduras Policies at 10:58 AM

Honduras Policies
I'm a Research Fellow, working for the Environment and Production Technology Division at the International Food Policy Research Institute (IFPRI)in Washington, DC. The opinions in this Blog are mine and mine only. Nothing can be attributed to my employer nor any of my colleagues and other staff members at IFPRI.

Search This Blog and Anything Else 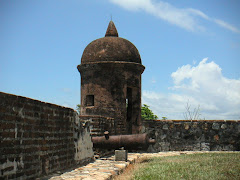 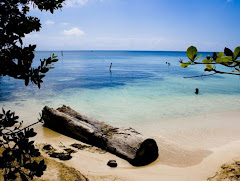